In its continued quest to seek out innovative approaches to social media, National Geographic today has announced the premiere of “We’re Wired That Way,” a new and original series available on Facebook’s Watch every Monday. The series follows the launch of Nat Geo WILD’s “Safari LIVE,” in which expert guides take viewers on daily action-packed safari experiences through the wildernesses of South Africa and Kenya, showcasing iconic species like elephants, lions, leopards, giraffes, wildebeest and more. “We’re Wired That Way” deconstructs the fascinating story behind some of the most unique traits and habits that make us human through rich data visualization, graphics, and irrefutable science. Join National Geographic Explorer and submarine pilot, Erika Bergman, as she explores such questions as: How does our body heal and can we regenerate body parts? Why do we find it appealing to kiss someone else’s germ filled mouth? Why are puppies cute but reptiles repulsive? 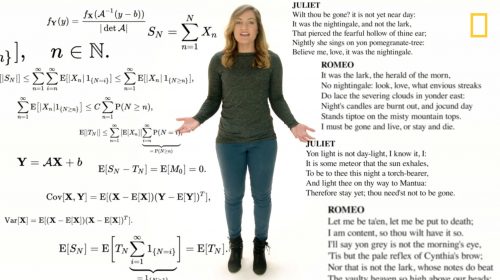 As the most followed brand on social, including Facebook, one of our goals is to focus that influence on creating experiences that turn our yellow border into a yellow portal,” says Jonathan Hunt, Senior Vice President of Audience Development and Digital Strategy. “Exploration is at the core of what makes us human and it’s National Geographic Explorers like Erika Bergman, and premium series like We’re Wired That Way, that are helping audiences better understand themselves by decoding all the things that make us, us.  We’re excited to be working with Facebook to experiment on Watch and to continue to grow our community on Facebook.”

The five series episodes, which range in length from 4 to 6 minutes, include: