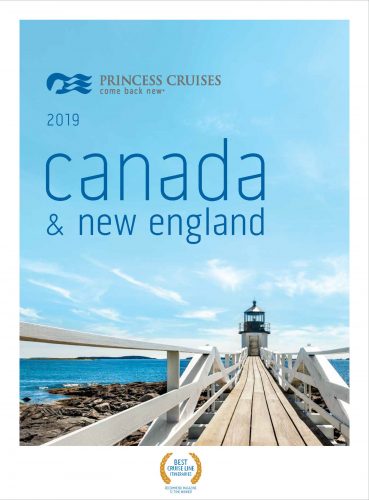 All 2019 Canada & New England cruises and cruisetours are open for sale. Highlights include:

To further enhance guests’ cruise vacations, Princess Cruises is pleased to offer a choice of two options on the East Coast to see the sites of colonial America or Niagara Falls and the best of Eastern Canada: