What’s New in Paris and the Paris Region for 2018

On the heels of a tourism uptick – with 23 million tourist arrivals expected in 2017 – Paris, France is forecasting more growth in 2018 and is expecting its most successful year since 2008. Atout France shares a range of highly-anticipated, momentous occasions and new experiences for visitors to enjoy in 2018, including major sporting events, cultural exhibit openings, historic anniversaries and a slew of new luxury hotels. 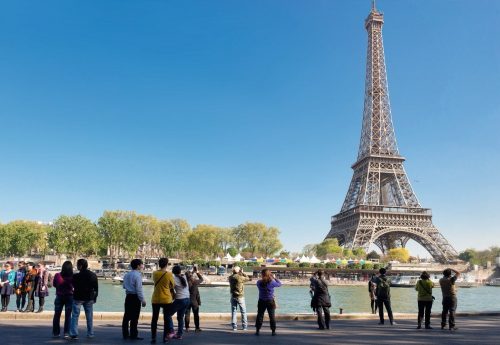 Making the City of Light and the larger Paris region even easier to visit, many airlines are adding faster, more direct routes to Paris, including direct flights from Seattle on Air France and the first non-stop flights from Indianapolis on Delta Airlines. The city is also utilizing new tactics to help travelers feel more comfortable, including widespread complimentary WIFI in downtown areas, an improved city app, multi-lingual signage and announcements in the subway system, and roaming tour guides to help direct city explorers.

Whether an annual visitor or a newcomer to the city, Paris maintains its top spot as a bucket list destination with new developments and happenings including:

With a wide variety of activities, attractions and openings for visitors to take part in throughout Paris and Île-de-France over the coming year, the City of Lights and Paris region is a must-visit destination. For more ways to visit and experience Paris and Ile-de-France in 2018, visit en.parisinfo.com https://en.convention.parisinfo.com/or en.visitparisregion.com.