Sought after by collectors and considered the rarest of Motown’s rare grooves, Diana Ross’ diana – the original CHIC mix, will make its long-awaited debut on vinyl on April 21, on Motown/UMe/UMGI, with a twist: it will be a double-LP set on pink vinyl at 45rpm for maximum fidelity. This edition of diana includes alternate-mix versions of such classics as “Upside Down” and “I’m Coming Out,” as envisioned by Chic’s Rock and Roll Hall Of Fame member Nile Rodgers and the late Bernard Edwards.

Following 1979’s collaboration with Ashford & Simpson, which produced her hit “The Boss,” Diana Ross sought a new sound and hired the hot Chic team of Rodgers and Edwards to compose, play on and produce her next release. But she and Motown were dissatisfied with the too-Chic-like results, a feeling supported by influential disc jockey Frankie Crocker, who warned Ross the record might fall prey to the disco backlash at the time. Ross turned to Motown’s house engineer, Russ Terrana, the man behind her Supremes and solo hits and much more, and he proceeded to remix the entire album, using alternate vocals or placing her vocals more upfront, creating overall a smoother, “commercial” mix. “Our concept was to make it more avant-garde,” Nile Rodgers later told writer Brian Chin, “and their concept was to make it a little bit more accessible.” The revised diana, her tenth studio album, was released – with a striking, now iconic cover image – on May 22, 1980. 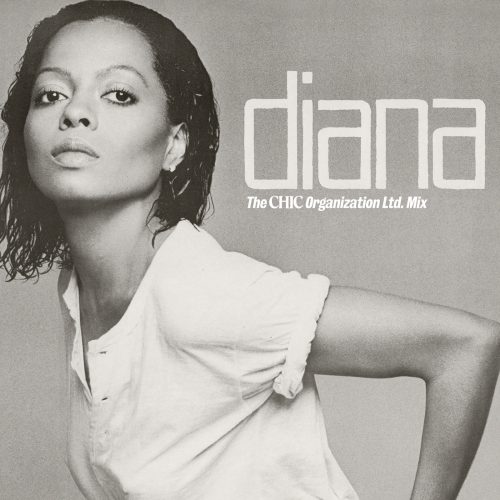 Rodgers and Edwards were not informed and, protesting publicly, wished to take their names off the record. But they cooled off and saw “Upside Down” – Ross’ own description to Rodgers and Edwards as to what she wanted to do to her career – emerge a #1 smash hit.

Subsequent singles included “I’m Coming Out,” which went to #5 in the U.S. and became a LGBTQ anthem, while “My Old Piano,” was a Top 5 hit in the U.K. The album peaked at #2 on the Billboard 200, selling nine million albums worldwide. Soon after Ross moved on to RCA Records in a then-record $20 million deal before returning to Motown in 1989.

Fans now get to hear for the first time on vinyl those original Chic mixes of diana, one of four albums the duo of Rodgers and Edwards produced that year, including Sister Sledge’s Love Somebody Today, Sheila and B. Devotion’s King of the World and their own studio album, Real People. Available on two pink vinyl 45rpm discs, diana – the original CHIC mix, incorporates tracks first heard on diana: deluxe edition, originally issued July 29, 2003.