MeepHead LLC announces the Full Release of their fast-paced, third-person shooter video game, – “Bunny Madness Anarchy”: for PC, available for streaming Friday, September 1, 2017. Set in a war-torn civilization of bipedal animals, Bunny Madness allows players to choose their character and work as a team to kill their enemies and survive the fight. 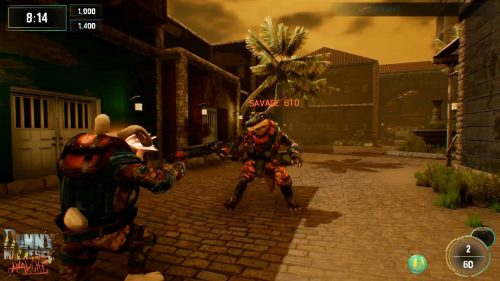 After releasing their prototype back in November 2016, MeepHead quickly went to work creating the Alpha version of the game that was released in January of this year. The Alpha version expanded the concept into a new game mode, character redesign, new stage and enemies. The full version develops the game even further, including brand new maps based on key locations from the game’s backstory, features, enhanced character design and more.

Over stunning environments, unique level design and original soundtrack, players and their friends will immerse themselves in a world where wars are pulling from side to side, and the madness has taken over. Players have the opportunity to face against each other in the intense Natural Selection mode, join forces to defeat waves of feral enemies, enraged by indoctrination in the Infected Madness mode, dominate the competition by capturing points in Hostile Takeover, or bring back enemy supplies to their base in Supply Run.

“Bunny Madness Anarchy” Full Release will be available for PC on September 1, 2017.