Multiple GRAMMY® Award-winning jazz pianist and world-renowned singer, Diana Krall will return to North America in January for the third US leg of her “Turn Up The Quiet World Tour.“  The tour kicks off on January 30th in Clearwater, FL at the Ruth Eckerd Hall and will visit major venues and cities including the Walt Disney Theater in Orlando, FL, 2 nights at the Schermerhorn Symphony Center in Nashville (where Diana and her band will be accompanied by the Nashville Symphony), as well as The Symphony Hall in Atlanta, GA before concluding at the Capitol Theatre in Port Chester, NY on February 24th.  For a complete list of dates and for local on-sale information, please visit www.dianakrall.com

Krall recently wrapped the second leg of her North American tour with two incredible nights at The Hollywood Bowl in August, along with a stellar performance on Jimmy Kimmel Live! Click here to watch: http://abc.tv/2xTLMai.

“Turn Up The Quiet World Tour” features material from Krall’s stunning new album Turn Up The Quiet out now on Verve Records as well as a mix of some of Diana fans’ favorites. Earning critical praise, MOJO Magazine called the new album “spectacular” and said Krall was “on top form.”  People Magazine said, “Diana Krall’s new music will have fans falling for her all over again.”

Diana Krall is the only jazz singer to have eight albums debut at the top of the Billboard Jazz Albums chart. To date, her albums have garnered five Grammy® Awards, eight Juno® Awards and have also earned nine gold, three platinum and seven multi-platinum albums. Krall’s unique artistry transcends any single musical style and has made her one of the most recognizable artists of our time. 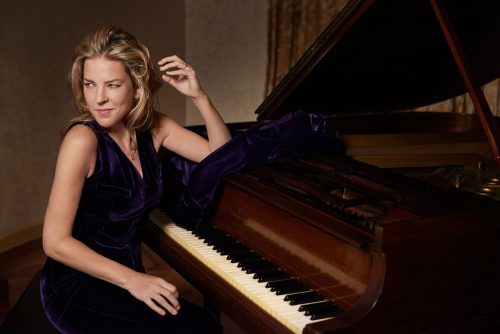