One of the hottest tours of the summer will continue well into the fall when two of the most engaging live performers in music today, multi-platinum selling and multiple Grammy Award-winning global superstars Enrique Iglesias and Pitbull, share the stage for an additional 18 dates, announced today. The tour is exclusively produced by Live Nation and presented by Corona Extra, the fall dates begin on Friday, September 22, with a return to Toyota Center in Houston, includes stops in hometown of Miami, Washington DC, Philly and Boston, as well as returning to Chicago, Los Angeles, and more, with the final date on Saturday, October 28, in Oakland, CA at the Oracle Arena.  Full itinerary below.  The co-headlining North American tour adds another summer date with an additional Madison Square Garden show on Saturday, July 1 – with multiple shows sold out including Chicago, San Jose, Los Angeles, San Antonio, Houston and Montreal.  CNCO will join as special guest on all but three of the of the fall dates, as noted below.  For more information please visit livenation.com. 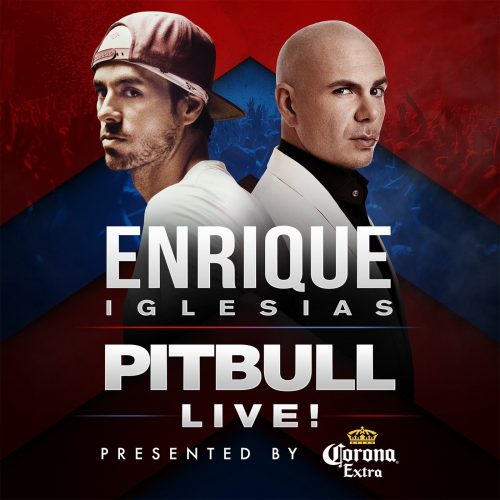 Tickets for the new dates, including the second MSG show on July 1, go on sale on Friday, April 28.