Two of the most successful and critically-acclaimed bands Earth, Wind & Fire and CHIC ft. Nile Rodgers announced today 2054 The Tour, which will travel across 20+ North American cities this summer beginning July 12 in Oakland, CA. The tour, promoted by Live Nation, will take the multi-platinum selling groups through major U.S. cities including New York City, Chicago, Philadelphia, Atlanta, Boston and Washington, DC before concluding August 22 in Detroit, MI.  Amping up the summer fun, 2054 The Tour will feature a special guest DJ and a specialized seating configuration toward the front of the stage where seats will have additional space between them to encourage audiences to dance the night away.

“Nile Rodgers and CHIC are legendary for their iconic style, song, sound, and groove,” said Philip Bailey, co-founder of Earth, Wind & Fire. “Get ready for a non-stop 2054 party!”

“There was a time when we could only dream of ‘seeing’ Earth, Wind & Fire live, now we get the honor of sharing the stage together. Get your feet ready for a deluge of hits,” stated Nile Rodgers of CHIC and the Rock n Roll Hall of Fame.

With multiple #1 hit singles between Earth, Wind & Fire and CHIC ft. Nile Rodgers, 2054 The Tour will feature non-stop entertainment from two of America’s most legendary musical groups. Most recently, Nile Rodgers was honored with an Award for Musical Excellence from the Rock and Roll Hall of Fame. Earth, Wind & Fire was inducted in 2000. 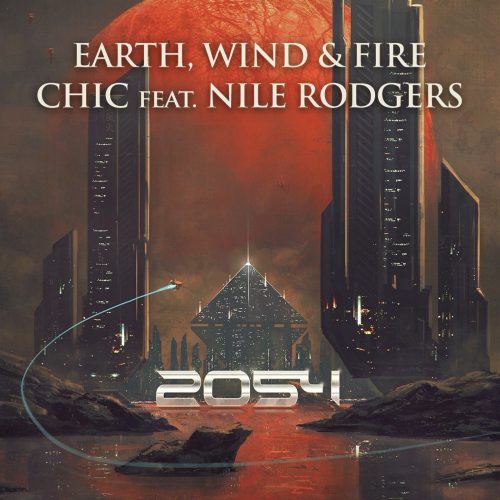 All dates, venues and cities below subject to change.