“We’re honored and excited to be partnering with Fun Academy to reveal this unique tale to the world,” says Movie Pilot CEO Tobi Bauckhage. “In a world of remakes and limitless social content, our fans are sending us signals every day that they’re interested in fresh, authentic stories. We can’t wait to show Stubby to the world.” 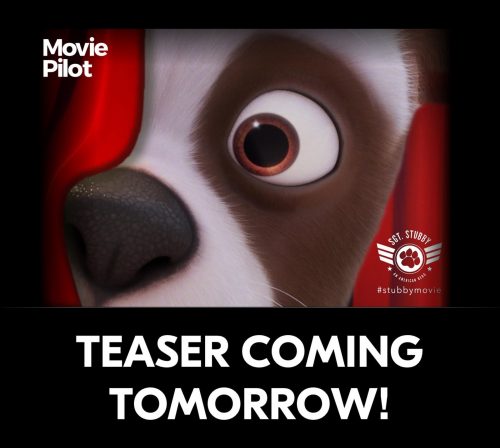 The film tells the incredible true story of Stubby, a stray dog who became a hero of the First World War after being adopted off the streets by an American Soldier. For performing numerous heroic feats beyond his small stature, Sgt. Stubby is still recognized today as the first dog promoted through combat and the most decorated canine in American history.

Richard Lanni, director and producer of the film, commented on the announcement by saying, “Sgt. Stubby is close to the hearts of all who work on this exciting project. We eagerly await the reaction of our audience and the industry.”

SGT. STUBBY is produced by Fun Academy Media Group, Ltd. with animation by Technicolor company Mikros Image (CAPTAIN UNDERPANTS: THE FIRST EPIC MOVIE) from their studios in Paris and Montreal. Fun Academy will distribute the film throughout North America.

The film is slated to premiere on April 13, 2018. Follow Stubby and Conroy’s journey out of the history books and onto the big screen: www.facebook.com/StubbyMovie | www.facebook.com/moviepilotdotcom