Gold Ambush with Kevin Hart, available for free in the App Store

Hollywood and stand-up comedy megastar Kevin Hart, in collaboration with StandUp Digital, today announced the release of Gold Ambush with Kevin Hart, available now for free in the App Store. This dynamic new strategy game originally discovered by Kevin Hart’s children, features a unique blend of running and building, as players secure land from oncoming attackers with ingenious traps. Players can also engage competitively with others around the world to raid bases, avoid traps that steal loot, and strengthen their castle. 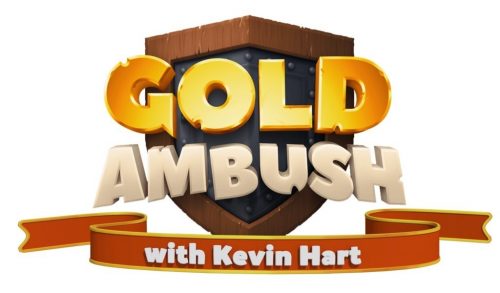 Gold Ambush with Kevin Hart combines one-touch running and city-building gameplay into an action-packed adventure. Kevin and his family are among the playable heroes in Gold Ambush with Kevin Hart. The inspiration to become integrated characters in the game came from Kevin’s children, Heaven and Hendrix. Kevin, his two children and wife Eniko are all featured in the game.

“Games are such a big part of my kids’ lives and the things we do together and it was the kids that turned me on to an early version of Gold Ambush,” Hart said. “To then be able to tell them that they would be in the game and have all these powers was an amazing gift to give them. At the same time, I think we’ve created a game that people are going to really enjoy so it was the best of both worlds.”

Players begin their quest building and fortifying a castle with deviously placed traps to ward off incoming invaders in nearby forests and city zones. Players can also return the volley by storming enemy bases for resources if they can successfully overcome their traps first.

Gold Ambush with Kevin Hart centers on the namesake’s precious, sought out metal. Gold coins are earned in game or acquired through in-app purchases and can be used to buy valuable huts, maze extensions for traps, character customizations, shields, power-ups, and additional upgrades for their base. Download the game and #GetThatGold!