Upper Deck, an industry leader in trading cards, games and collectibles has announced today that it is launching a new digital gaming platform that will bring the company’s top-selling games to mobile devices. The company has teamed up with SkyReacher Entertainment to create Legendary DXP™, the first-ever free to play App for Upper Deck’s iconic Legendary game, in response to high demand from fans around the world. 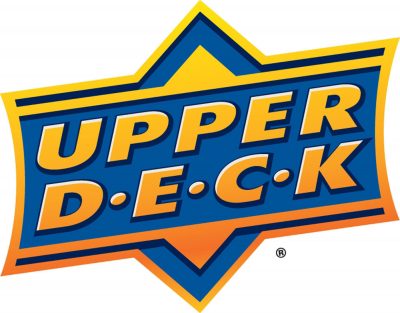 Legendary DXP is a fantasy deck building game that brings the same great style of play that fans have enjoyed for years in a format that allows users to play wherever, whenever, and with whoever they want. The game is set in the fantastical world of Alamyth, where players recruit legendary heroes and fight terrifying forces of evil.  Players journey through the Firelands and other mythical worlds to fight the likes of Leprechaun Henchmen and dangerous evil villains.  While players fight to the end collecting victory points for the win, the Mastermind ‘Terriskai: Terror of The Skies’ is scheming to complete his evil plan to defeat the entire group of players for the ultimate victory.

The Legendary DXP digital game allows users to customize their gaming experience like never before. Players will now be able to select any one of five completely different match types: Solo play (play vs A.I.), VS Friends (play against your friends), Quick Match (randomly puts players together), Custom Match (allows users to configure matches) and The Gauntlet (allows for ongoing 5 player tournaments). In addition to having a chance to win exclusive in-game rewards through tournaments and weekly leagues in The Gauntlet, Legendary DXP will also offer players a wide variety of cosmetic enhancements via microtransactions.

“Expanding Upper Deck’s award-winning table top games to the digital world opens the door to incredible new features and replayability that were never before possible,” said Jason Masherah, President of Upper Deck. “The first digital launch of Legendary DXP gives our fans around the world an exciting insight of things to come.”

“This is truly a defining moment for our studio and we couldn’t have found a better company to work with than Upper Deck,” said Brad Crayton, Chief Operating Office at SkyReacher.  “Legendary is such an iconic table top game and we are proud to have been selected as the development studio that is bringing the company’s first game to the digital world.”

Legendary DXP will officially release on August 17th in conjunction with Gen Con, the original and longest running game convention in the world. Players can download the new game starting on August 17th via the App Store. Fans can sign up now to gain free early access and learn more about the upcoming release of Legendary DXP and other Upper Deck games at www.PlayLegendaryDXP.com.