Mattel’s Escape Room in A Box: The Werewolf Experiment

Mattel today announced the launch of a new adult strategy game, Escape Room in A Box: The Werewolf Experiment™ at Gen Con 2017. In 2016, 13.4 million people in the US alone participated in Escape Rooms inspiring this new game which gives players one-hour to solve puzzles, crack codes and find hidden clues to thwart a mad scientist’s plot. 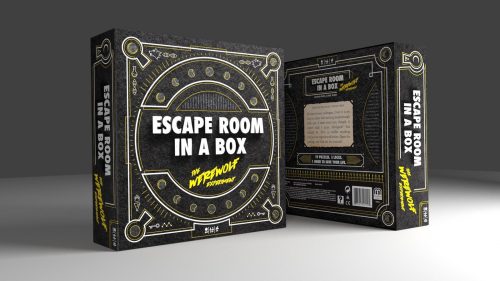 A breakout form of entertainment, Escape Room in A Box: The Werewolf Experiment™ challenges teams to solve both physical and mental puzzles to unlock clues to free themselves before time runs out. Once players open the game they have been exposed to a virus that will turn them into werewolves. Players are given one-hour to solve 19 puzzles and find the codes to open three-locks to ultimately escape the virus, and the room.

To enhance gameplay, players can connect to the Amazon Alexa to keep track of time, ask questions and play a special soundtrack.  The game will be available this November for $29.99 at retailers nationwide.