Seabourn, the world’s finest ultra-luxury travel experience, is gearing up to allow guests to immerse themselves in the best of Europe in 2018. Following the launch of the line’s newest ship, Seabourn Ovation, in May this year, travelers will be able to enjoy an expanded menu of more than 41 individual departures. Across the fleet, four of Seabourn’s five ships will visit more than 175 different European destinations on cruises spanning seven to 45 days. From the Aegean and the Greek Isles in the east, to the grand cities and picturesque harbors of the Western Mediterranean, there is something in store for every type of traveler. 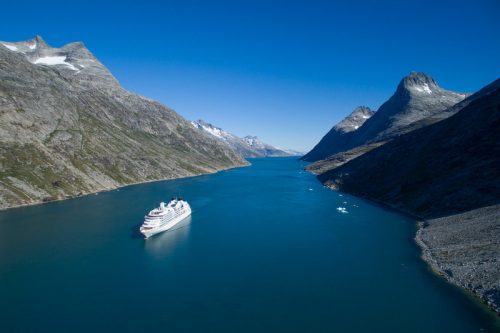 Seabourn, the worlds finest ultra-luxury travel experience, is gearing up to allow guests to immerse themselves in the best of Europe in 2018. Following the launch of the lines newest ship, Seabourn Ovation, in May this year, travelers will be able to enjoy an expanded menu of more than 41 individual departures. Across the fleet, four of Seabourns five ships will visit more than 175 different European destinations on cruises spanning seven to 45 days. (PRNewsfoto/Seabourn)

The 2018 season in Europe will offer more than a dozen new and notable ports of call that Seabourn either hasn’t previously visited or hasn’t been back to in years, including Hamburg, Wismar and Bremerhaven, Germany; Szczecin, Poland; Turku, Finland; Rijeka, Croatia; Tasiilaq, Skjoldungen Fjord, and Maniitsoq, Greenland; and Seydisfjordur, Djupivogur, Grundarfjordur and Siglufjodur, Iceland.

In recent years, travelers have increasingly begun to discover the natural splendors and Viking history concentrated in Iceland and Greenland. These remote destinations are never more appealing than in summer, when massive populations of migrant birds and other wildlife gather in the long, lingering sunlight. Seabourn has laid out brand-new itineraries for Seabourn Quest this summer, taking full advantage of the region’s unspoiled grandeur with a veteran expedition team of naturalists and other experts that includes Dr. Colleen Batey, an archaeologist specializing in the area’s rich indigenous and Viking legacies.

Meanwhile, new and not-to-be missed highlights for Seabourn ships in Europe include:

Seabourn represents the pinnacle of ultra-luxury travel with intimate ships offering key elements that set the line apart: spacious, thoughtfully appointed suites, many with verandas and all 100% ocean front; superb dining in a choice of venues; complimentary premium spirits and fine wines available on board at all times; award-winning service and a relaxed, sociable atmosphere that makes guests feel right at home on board. The ships travel the globe to many of the world’s most desirable destinations, including marquee cities, UNESCO World Heritage Sites, and lesser-known ports and hideaways.

Guests who sail on Seabourn will continue to find a number of innovative offerings and programs, including partnerships with a select group of companies and individuals whose dedication to superior quality, exceptional service and consistent customer satisfaction matches Seabourn. These programs include ‘An Evening with Tim Rice‘, the new evening entertainment experience created exclusively for the line in association with Belinda King Creative Productions; Spa and Wellness with Dr. Andrew Weil, offering guests a holistic spa and wellness experience that integrates physical, social, environmental and spiritual well-being; and The Grill by Thomas Keller, reminiscent of the classic American restaurant from the 50’s and 60’s. Exclusive to Seabourn, The Grill is a unique culinary concept for Chef Keller, focusing on updated versions of iconic dishes. Guests will be treated to table-side preparations of Caesar salad and ice cream sundaes, as well as a range of other favorites like premium steaks, whole roasted chicken, and Lobster Thermidor, presented à la carte.

For more information or reservations, contact a travel professional, call Seabourn at 1-800-929-9391 or visit www.seabourn.com.