America is a nation of immigrants and refugees, but we always seem to fear the next wave of new arrivals – and in one case, these patterns of hostility have become a part of not just American tradition, but American history.

At least 46 million Americans claim German descent. Before World War I, this heritage was evident throughout American society. German was the most studied foreign language in America before the war, German beer made its mark in taverns across the country, many cities hosted German-language newspapers and clubs, and German-Americans lived in towns and on streets with German names.  All this vanished in the aftermath of World War I. 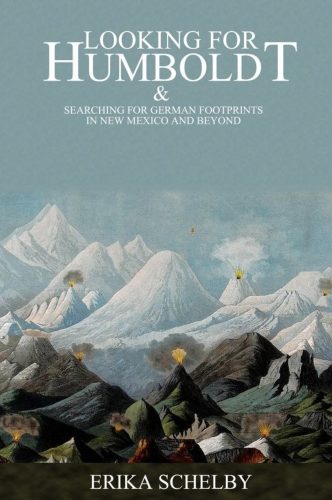 Looking for Humboldt appears just in time for the 100th anniversary of the U.S. entry into the First World War to expose this hidden heritage and the reasons why German-American history was suppressed in this country.

German-American author Erika Schelby’s quest to uncover her roots in the American Southwest explores German connections to both regional and nationwide history which had been stricken from America’s history books. Her treasure hunt returns the story of German influence to New Mexico’s history. It moves from personal to political experience as Schelby details the struggles of German-Americans to survive in a multicultural society that systematically quashed German-American influences.

“I sometimes pause in amazement,” writes Erika Schelby in this delightful book, “about the curious connectedness of things.”  With wit, irony, and extraordinary insight, she explores the connectedness — and contradictions — in all manner of things, not least of all in the unexpected ties between her native Germany and her adopted state of New Mexico.

Erika Schelby’s previous publications are Bestiary for Business; Liberating the Future From the Past? and American Southwest. Her essay “Safaris Through Sun and Space” was one of eight winners in the American Express Annual Review of Travel International Essay Competition. Her essay Liberating the Future From the Past? also reached the Short List of 33 Writers in an international essay contest where nearly 2,500 contributors from 123 countries submitted their work in seven languages.