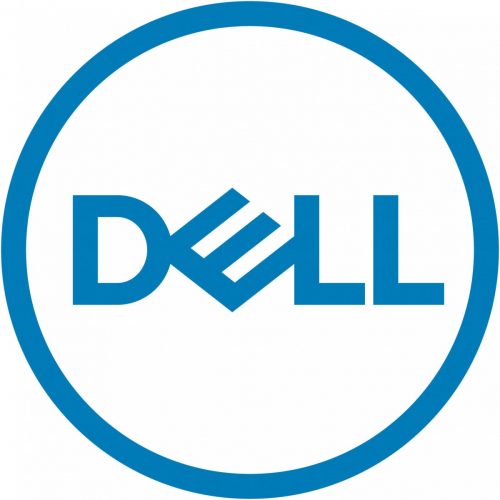 Dell and Alienware are bringing innovation front and center to satisfy the growing PC gaming market – high-end, thin and light and affordable machines for amateur and professional gamers, high-profile partnerships with esports brands like Team Liquid and Riot Games – to make the gaming experience more competitive, personalized and accessible.

Introducing a new story for the ages: Alienware Legend

Driven by the ethos of purposeful innovation, Alienware marks CES 2019 as a brand milestone with the debut of a totally new design identity, Alienware Legend, which sets a new bar of excellence for what gamers want most – performance and function. Alienware evaluated multiple concepts and choose one that was the biggest and boldest departure from its current look and the sea of sameness in the industry.

Alienware Legend stays true to the brand’s core design tenets, taking cues from its deep roots in sci-fi culture and its early industrial designs, to distinguish the brand from the rest of the industry. The new Legend design is optimized with cutting-edge thermal and cooling technology to achieve and sustain overclocking power, improved AlienFX lighting, ultra-thin screen borders, and a new “three-knuckle hinge” design that reduces the overall dimension while creating a stronger assembly, all combining to yield the ultimate gaming experience.  Legend also introduces two optional finishes, Lunar Light and Dark Side of the Moon, more ways for gamers to stand out from the competition.

Alienware Area-51m, the world’s most powerful gaming laptop1, is the first product to reflect the new Legend brand identity. Almost twenty years after Alienware launched the first gaming laptop with upgradeable graphics, garnered praise for its performance and went on to garner multiple awards, the company is proud to launch its second flagship notebook with upgradeable graphics and processors.

The reimagined Area-51m is the most powerful, upgradeable gaming laptop ever conceived. It marks the first and only laptop with a 9th Gen 8-core desktop processors, 64GB2 of memory, 2.5Gbps Ethernet technology, upgradeable graphics and desktop processors, and 17″ Alienware laptop with a narrow-bezel display with 144Hz. The Area-51m also has cutting-edge thermal and cooling technology, 50% more performance and 32% less volume than its predecessor.

Alienware’s latest flagship mobile gaming experience, the new Area-51m is stuffed with an array of gaming must-haves, including the Tobii eye-tracking technology and the latest Alienware Command Center.

Alienware recently introduced its thinnest and lightest 17″ gaming notebook, the new Alienware m17, adding to the recently announced Alienware m15, for gamers on-the-go who prioritize weight and thinness for mobility. Powerful enough to handle high-graphic games, yet portable enough to take from destination to destination, the m15 starts at 4.76 lbs.3, while the m17 starts at just 5.79 lbs.

Performance is delivered with the 8th-gen Intel Core i5 and i7 processors featuring dynamic CPU overclocking, thanks to elevated thermal headroom from Cryo-Tech Cooling technology.  These industry-best processors are paired with the NVIDIA GeForce RTX™ 20 Series GPUs that deliver advanced gaming features including real-time ray tracing, artificial intelligence and programmable shading.

For those looking for an affordable yet powerful gaming system or purchasing their first gaming system, look no further than the new G Series. The G5 15 and G7 (in both 15″ and 17″ models) are redesigned to deliver enhanced performance with upscale features in a sleek chassis.

The thinnest G Series to date with beautiful narrow borders, the G5 and G7 incorporate 8th gen Intel CFL-H quad- and hex core processors and the latest NVIDIA graphics to optimize demanding AAA game titles and versatility for everyday use. In addition to the option of a blazing 144Hz refresh rate and G-SYNC display panels, the G5 and G7 are offering Alienware Command Center and 4-zone RGB keyboard with customizable backlighting for the first time. The Dell G5 15 Special Edition is also available in alpine white, with a clear panel on the bottom of the system to show off the blue fans of the cooling system.

Alienware Command Center and Arena App responds to the community

Alienware is distinguished by a fierce commitment to innovation and those who appreciate it. Having listened to feedback from its community, Alienware made more than 30 updates to its proprietary Alienware Command Center, the central hub that allows gamers to customize all aspects of their experience including system and peripheral lighting, power management, thermal control, overclocking, audio, and content organization.

Alienware doubles down on esports through continued Team Liquid expansion

Last year at CES, Alienware and Team Liquid announced their collaboration on the first Alienware Training Facility. Located in Los Angeles, the 10,000+ sq.ft. facility and studio space serves as the US headquarters for the storied esports organization. Besides the world-class technology, amenities, and support staff most would expect from an organization of this caliber, the professional atmosphere and work-life balance truly helped to propel Team Liquid athletes even further.

Since the facility’s opening in March 2018, Team Liquid’s League of Legends roster have won back-to-back domestic LCS Championships, their Counter-Strike squad has competed and appeared in more than 10 grand finals and Team Liquid continues to be one of the most dominant, top-earning esports organizations in the world. The partnership between Alienware and Team Liquid has made a significant difference in how these professionals develop and stay successful throughout the season.

In 2019 Alienware and Team Liquid continue to raise the bar with the establishment of the second Alienware Training Facility in Utrecht, Netherlands, a state-of-the-art space that will become the future European headquarters and additional training hub for Team Liquid athletes competing across the world.

In addition, Alienware and Team Liquid will kick-off the most extensive and comprehensive hardware partnership in esports to date. Liquid’s athletes will now train, compete, live-stream and even help in the development across the full portfolio of Alienware desktops, laptops, premium displays, gaming headsets, and peripherals. This end-to-end hardware collaboration between Alienware and Team Liquid gives both organizations a perfect union focused towards designing and refining new iterations of elite gaming hardware and peripherals.