KFC announced today it is spicing up the chicken sandwich category by bringing its popular Zinger spicy chicken sandwich to the United States. Created by the chicken experts with more than 70 years of experience making world famous fried chicken, the Zinger is a 100 percent chicken breast filet, double hand-breaded and fried to a golden brown by trained cooks in every KFC kitchen, and served with lettuce and Colonel’s mayonnaise on a toasted sesame seed bun.

The Zinger will be available in participating U.S. restaurants beginning April 24 as an individual sandwich or in a popular $5 Fill Up combo meal. The Zinger $5 Fill Up includes a freshly-prepared Zinger sandwich, wedges, a medium drink and a chocolate chip cookie—an exceptional value. 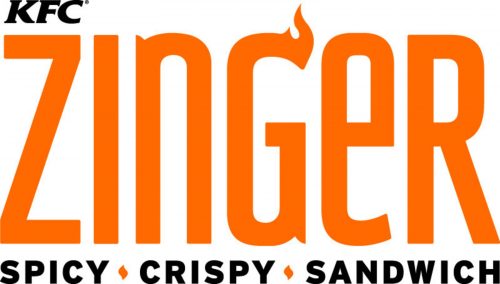 “A freshly breaded chicken sandwich, made by hand every day of the week, will be more juicy and crunchy than one that’s made in a factory and frozen,” said Kevin Hochman, president and chief concept officer for KFC U.S. “Making our Zinger the Hard Way is what makes it the bestselling KFC sandwich in 120 countries and soon, the best seller in America.”

The Zinger is already a fan favorite in more than 120 countries across the world, and in many countries the term “Zinger” is synonymous with a fried chicken sandwich. It has enjoyed popularity across the globe since its inception in Trinidad and Tobago in 1984. More Zingers are sold in the UK, India and Australia than anywhere else. Australia alone sells more than 22 million Zingers each year.

Like all KFC chicken, the Zinger is made with 100% real chicken from U.S. farms, is USDA inspected for quality before delivery, and is free of added hormones and steroids and food dyes.

KFC’s introduction of the Zinger to the U.S. is part of the brand’s continued menu innovations. Following its Re-Colonelization efforts and recommitment to the brand standards set by the Colonel, KFC is introducing menu items that are suited for today’s on-the-go customers, including the portable Zinger spicy chicken sandwich.