Famous for its iconic square hamburgers for nearly 85 years, Krystal is serving up fun and helping fans beat the heat this summer with a variety of new menu items, combo deals and giveaways, as well as a once-in-a-lifetime experiential prize and other game sweepstakes courtesy of WWE® 2K18, the upcoming release in video game publisher 2K’s popular franchise.

WWE 2K18 Game Sweepstakes
The Krystal WWE 2K18 Game Sweepstakes grand prize features a trip for two to attend a WWE event. The prize includes two tickets to a WWE pay-per-view event in 2017, two round-trip coach airfare tickets and one hotel room for two nights. The estimated value of the grand prize is $1,550. In addition to the grand prize, there will be 50 first runner-up prizes featuring WWE 2K18 for the PlayStation®4 computer entertainment system and Xbox One, as well as 50 second runner-up prizes featuring swag packages filled with t-shirts, hats and more. Plus, 50 additional winners will receive “surprise” swag packages. Each of these prizes has an estimated value of $20-$60. WWE fans simply need to text WWE2K18 to 35350 for a chance to win.

“We are excited to help fans chill out this summer with our new soft-serve ice cream, and in true Krystal form, this sweet treat will be offered with a great sweepstakes opportunity,” said Angela Johnson, Director of Marketing Communications at The Krystal Company. “We love to give our guests what they want, and we know that partnering with WWE 2K18 is the perfect way keeping the summer alive through fun activities and food.” 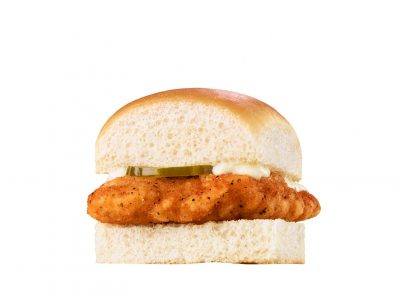 Fire & Ice
Throughout the summer, Krystal is offering cool treats to beat the heat.  Guests can take advantage of the brand’s new line of creamy soft-serve ice cream, including cones and sundaes, or they can add a Shake to any meal for just $1.

Other hot promotional offers include the Mix 5 for $5 — featuring the Spicy Chik where guests can mix and match their favorites for one great price — and the addition of the limited time Mini Mozz Sticks to the side menu lineup.