MoviePass™, the nation’s premier movie theater subscription service and a majority-owned subsidiary of Helios and Matheson Analytics Inc, announced that, for a limited time, it is offering its annual subscription to new subscribers for $6.95/month.

MoviePass has gained momentum in diversifying its revenue streams due to a series of marketing agreements with studios and distributors, as well as partnerships with a number of theater exhibitors. This recent success in forming relationships with studios, exhibitors, and marketing partners has encouraged MoviePass to offer an even more attractive deal to consumers. 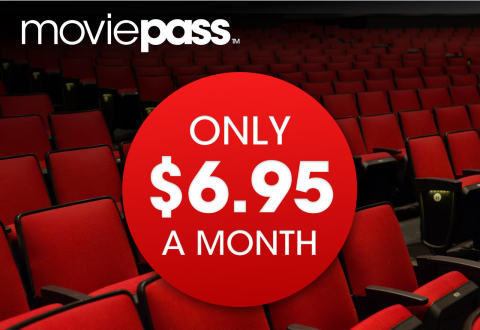 MoviePass is currently 81% owned by HMNY. MoviePass first introduced its landmark $9.95 per month subscription plan in August 2017. MoviePass has recently expanded its executive team and increased its profile across the entertainment industry through initiatives like its involvement in the SXSW film festival, the Sundance Film Festival, and HMNY’s formation of MoviePass Ventures, a wholly-owned subsidiary of HMNY founded to acquire rights in films with film distributors.

The MoviePass $6.95/mo annual subscription plan is paid annually and has a one-time processing fee of $6.55.