Pandora, Guardians of the Galaxy Continue a Blockbuster Summer of New Attractions at Walt Disney World and Disneyland

Since their debuts May 27, the groundbreaking Pandora – The World of Avatar at Walt Disney World Resort and Guardians of the Galaxy – Mission: BREAKOUT! at the Disneyland Resort have turned a Blockbuster Summer at both resorts into blockbuster hits with guests.

Outstanding guest ratings and sensational reviews of both new additions are proof that this Disney double feature is like no other. And the best news of all? There’s still plenty of summer left for guests to book a Disney vacation to soar with banshees and run with Super Heroes.

At Walt Disney World Resort, Pandora – The World of Avatar transports guests to a mystical world of bioluminescent rainforests and floating mountains. Inspired by the epic film AVATAR from director James Cameron, the all-new land at Disney’s Animal Kingdom theme park invites guests to soar in simulated flight on the wings of banshees and sail a sacred river leading to an unforgettable encounter with the Shaman of Songs.

At the Disneyland Resort, outrageous and irreverent characters from the “Guardians of the Galaxy” films, comics and animated series lead guests on a high-energy adventure in Guardians of the Galaxy – Mission: BREAKOUT! The chaotic and hilarious adventure at Disney California Adventure Park combines breathtaking free-fall sensations with all-new visual and audio effects as guests help rescue the Guardians. 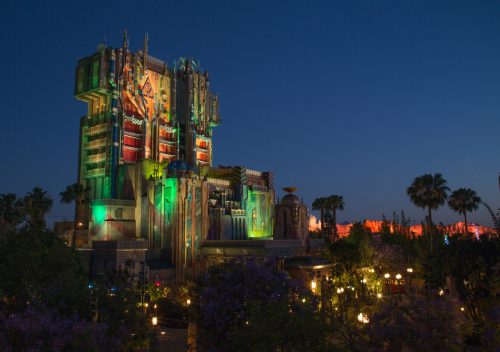 The exterior of The Collector’s Fortress shimmers as night falls at Disney California Adventure Park. The all-new attraction Guardians of the Galax – Mission: BREAKOUT! takes guests through the Fortress of The Collector, who is keeping his newest acquisitions, the Guardians of the Galaxy, as prisoners. Guests board a gantry lift which launches them into a daring adventure as they join Rocket in an attempt to set free his fellow Guardians. (Rob Sparacio/Disneyland Resort) (PRNewsfoto/Disney Parks)

Guest enthusiasm for Guardians and Pandora has carried over to all facets of the new experiences. Some examples:

Pandora – The World of Avatar

Guardians of the Galaxy – Mission: BREAKOUT!

The two, all-new experiences are just the beginning of the fun at the Disney theme parks on both coasts this summer:

The stunning world of Pandora headlines a full lineup of new attractions and experiences at Walt Disney World Resort.

Guardians of the Galaxy – Mission: BREAKOUT! and Summer of Heroes continue to lead exciting experiences throughout the Disneyland Resort this summer.

(For more information including special offers, deals and discounts still available for summer fun, guests can visit Disneyland.com or Disneyworld.com).