Barely a year has flown by since Phoenix/LA garage-psych goddesses The Darts (US) wrapped up the final mixes of their phenomenal, self-titled debut EP, which was released on 10″ vinyl at the beginning of October 2016 off the back of a super-hot build-up buzz of local and national radio play, coupled with intense social media flattery and chatter before the band had even played their first gig. 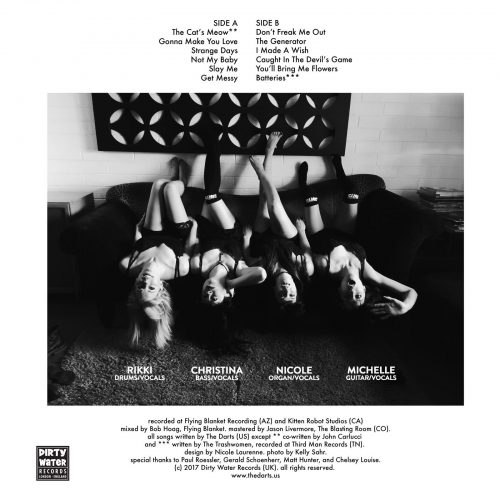 Ever since that first fateful showing in Tucson, Nicole Laurenne (The Love Me Nots, Motobunny, Zero Zero), Rikki Styxx (The Two Tens, The Dollyrots, Thee Outta Sites), Christina Nunez (The Love Me Nots, Casual Encounters, The Madcaps) and Michelle Balderrama (Brainspoon) have blasted off like a guided missile, reaching speeds and heights over a global timeline that most new bands could never manage in the first year.

In summary, The Darts have self released two 10″ vinyl EPs, signed to an international record label, performed multiple tours of the US and Europe and have just completed their first full length album – which is now available pre-order and scheduled for official release at the end of September 2017. The album entitled “Me.Ow” will then be showcased via more than a dozen gigs across two tours that month followed by another two weeks of shows in November. 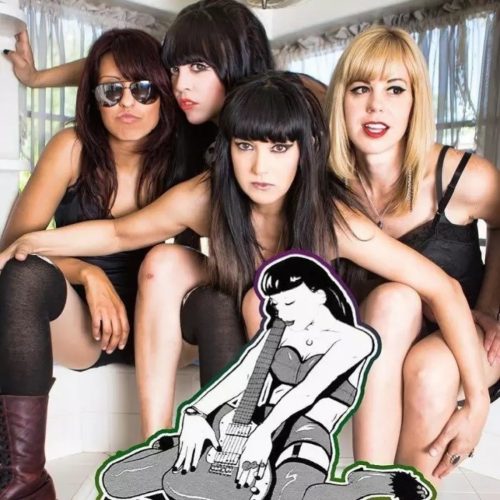 The album contains “The Cat’s Meow” (co-written with co-author of “My Heart Is A Graveyard” and Underground Garage DJ John Carlucci), “Gonna Make You Love”, “Not My Baby”, “Get Messy”, “Strange Days”, “Slay Me”, and five more original songs, plus a bonus track recorded live on the fly in the Third Man Records booth in Nashville during the band’s 2017 tour.