This summer’s main event is cosmic and that’s no exaggeration! On Aug. 21, a total solar eclipse will cast a shadow that crosses the United States in a northwest to southeast path, allowing millions of people to have a look at one of the natural world’s most spectacular events. With an arc that starts in Oregon and ends in South Carolina, the eclipse offers those wanting to witness the once-in-a-lifetime event a wide choice of prime viewing locations. 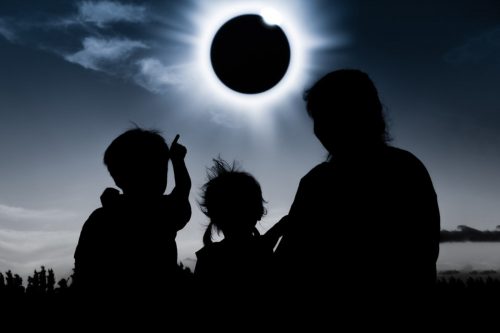 The first coast-to-coast total solar eclipse in America since 1918 will be happening on Aug. 21. To see which towns along the eclipse route are drawing the biggest relative crowds, Cheapflights.com crunched the numbers to see which spots are seeing the biggest spikes in flight searches. The Top five 2017 eclipse boom towns are getting lots of attention right now among scientists & eclipse chasers alike and offer plenty more for travelers. www.cheapflights.com/news/best-eclipse-watching-towns/ (PRNewsfoto/Cheapflights.com)

To see which of the many towns along the eclipse route are drawing the biggest relative crowds, Cheapflights.com, the leader in finding and publishing online travel deals, compared spikes in flight searches at airports in the path of the falling shadow. We found the places with the biggest surges in searches turn out to be prime spots not only for viewing the eclipse but for an overall travel adventure. Our list of the Top five 2017 eclipse boom towns is a line-up of destinations across the country that are getting their moment in the sun (or shadow) in late August but have lots to offer regardless of when you visit.

Here are some highlights of the fun that awaits at the five prime viewing destinations seeing the biggest spikes in flight searches for the main event:

“One of the best things about this eclipse is that it’s shining the spotlight on many destinations that are wonderful slices of America,” said Amanda Festa, editor at Cheapflights.com. “The small towns and cities that top our list are seeing big percentage spikes for the solar show in part because they’re not the biggest of destinations. But, with or without the eclipse excitement, there’s plenty to keep you entertained in each of them.”