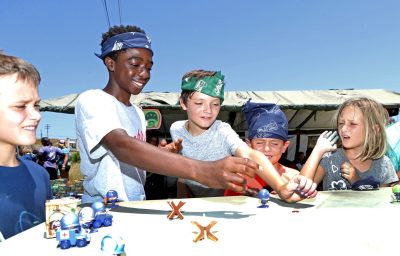 Although small in stature, Awesome Little Green Men’s larger than life expressions lets you know just how serious they are about the mission. With more than 100 unique characters to collect in Series 1, including four super rare figures in the green army and blue army, the new toy is more than a collectible – it’s a game too. General Pain and General Panic lead the troops, and the goal is to build the best squad in order to win the game. Each pint-sized character is a member of a special unit, and all have seriously funny names such as “Private Porkchop,” “Captain Obvious,” “Sergeant Swag.”