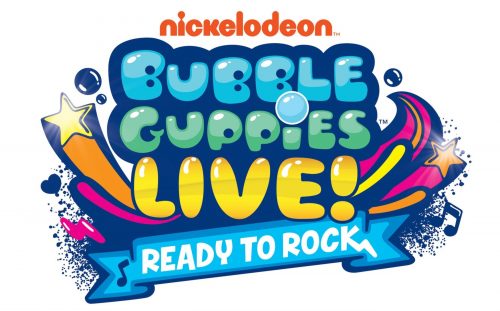 The Bubble Guppies are getting ready to rock ‘n’ roll with some totally fin-tastic tunes, but when a special band member goes missing, the show can’t go on. With a little help from Mr. Grouper and giggly little fish, Molly, Gil, and the whole gang embark on an adventure as they search every corner of their underwater world for their missing friend.  Featuring rockin’ music, comedic high jinks, and audience participation, the Bubble Guppies will leave no stone left unturned and no bubble left unpopped in order to get the show on the road.  Including a wave of playful characters, energetic song and dance and theatrical magic, Nickelodeon’s Bubble Guppies Live! Ready to Rock will have kids, parents and grandparents singing and dancing along with this rousing interactive show!

Bubble Guppies Live! Ready to Rock is based on Nickelodeon’s Emmy® Award-winning preschool series, Bubble Guppies. Created and executive produced by Jonny Belt and Robert Scull, and co-developed by Janice Burgess, the interactive CG-animated series set in a vibrant underwater environment follows a group of diverse preschoolers with colorful fish tails who go on adventures discovering their world. Bubble Guppies is set to a soundtrack of catchy, educational pop songs and features a curriculum that infuses the core elements of kindergarten readiness including: math, literacy, the arts, science and socio-emotional development.  Bubble Guppies currently airs on Nickelodeon.