Every drop of Jack Daniel’s is made in Lynchburg, Tennessee, charcoal mellowed and then matured in new American oak barrels crafted by its own coopers. Master Distiller Jeff Arnett and his team of whiskey makers have created a distinctive taste profile for a new rye whiskey like no other. 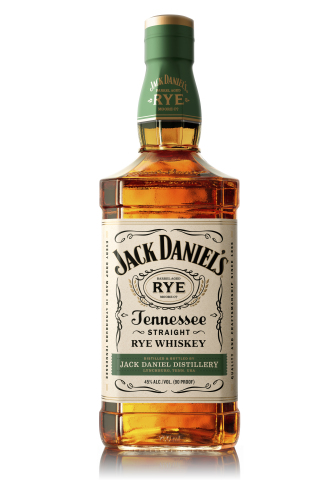 “Our whiskey-making process is so special, and it just makes sense for us to create our version of one of America’s first whiskeys,” said Master Distiller Jeff Arnett. “This is rye whiskey made Jack’s way. We think our grain bill provides the ideal taste and character – one that’s bold and balanced and not dominated by one flavor.”

Jack Daniel’s Tennessee Rye has a grain bill of 70 percent rye, 18 percent corn, 12 percent malted barley and is carefully charcoal mellowed for a finish that’s distinctly Jack. At 90 proof, it offers rich flavors from start to finish. On the palate, this well-rounded rye whiskey glows with accents of caramel and dry baking spice followed by a warm, peppery rye character finish on the back end. The aroma is an enticing blend full of soft fruit layered with an underlying rye spice and oak.

“Following the launch of Single Barrel Rye in 2016, we’ve heard from so many of our friends who like Jack Daniel’s rye whiskey,” added Arnett. “Our goal with Tennessee Rye was to create a versatile whiskey with a balance of flavors that can be enjoyed neat, on the rocks or mixed in a classic American whiskey cocktail.”