MediaMall Technologies Inc. announced support for DIRECTV NOW in PlayOn Cloud. PlayOn Cloud’s DVR capabilities empower users, even those with slower internet connections, to record DIRECTV NOW streams in HD and watch them later, offline and even skip over commercials. PlayOn Cloud also gives DIRECTV NOW users the ability to jump to any point in a recording. Without PlayOn, DIRECTV NOW users cannot record videos for watching at a later time or fast-forward and rewind through much of the on-demand content and they can’t skip the ads. 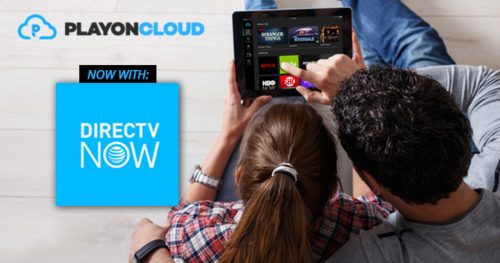 PlayOn Cloud is the first and only cloud-based streaming DVR. With no additional hardware or devices, PlayOn’s free PlayOn Cloud app enables users to (1) record shows to watch later, offline, on any device, (2) skip over commercials and (3) use fast-forward and rewind when watching. The free app is available from the Apple App store and the Google Play store.

DIRECTV NOW does not have a native DVR feature. With PlayOn Cloud, subscribers finally have a way to record on-demand content in the cloud. They can then watch recorded content commercial-free anywhere, anytime, even offline and without using their expensive data plan.