Heartlab Press Inc. is pleased to announce the upcoming publication of Shira Potter’s children’s book, “The Monster at Recess.”

Written for young people starting to grow into their own skins, “The Monster at Recess” features misfit Sophie, criticized by the adults at Grey Stone Day School and bullied or downright ignored by classmates. Desperate to fit in, Sophie does everything she can to be accepted, including changing her appearance. 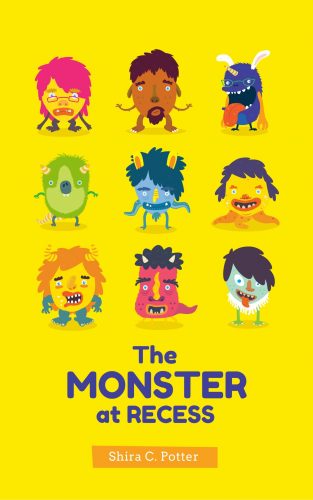 The playground at Grey Stone has a special secret though—it’s shared with the monster students of Monstmasta Day School. Frightened by scary rumors but miserable by her failed attempts at assimilation within the human class, Sophie ventures to the playground during the monsters’ recess. There, among vibrant and lively monsters, she finds acceptance.

Potter wrote “The Monster at Recess” with hopes to show children the importance of diversity and tolerance, and that a sense of belonging can be found in the most unexpected places as well as the place that matters the most, within ourselves.

In both paperback and eBook forms, “The Monster at Recess” is a fun and compelling book for children finding their place in the world. With a release date set for December 21, 2017, it will be available on Amazon as well as major retailers.