Two decades after their LP The Great Milenko became the album Disney didn’t want America to hear, Detroit rap duo and pop culture icons Insane Clown Posse will release a 20th anniversary reissue of their classic horrorcore masterpiece on September 1 via Island/UMe. The expanded 2CD/DVD and digital audio edition revisits the controversy and outcries that took the Posse from cult Midwest rap act to worldwide music sensation and the poster children for music censorship near the turn of the millennium.

Collected for the first time ever is the fully 2017-remastered version of the Platinum-selling The Great Milenko, which features guest appearances from such notables as Slash, Steve Jones (Sex Pistols), and Alice Cooper and such underground hip-hop gems as “Halls of Illusions,” “The Neden Game,” “Piggy Pie,” and “How Many Times?” 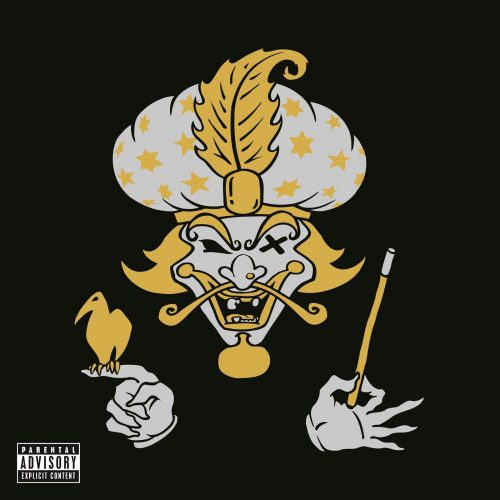 Also included—and personally supervised by ICP co-founder Violent J—is a disc of bonus songs, featuring never-before-released outtakes from The Great Milenko as well as a brand new ICP track, “Black Blizzard,” produced by Julian Raymond, the veteran A&R representative who helped bring The Great Milenko to life back in 1997.

Rounding out The Great Milenko (20th Anniversary Edition) is a DVD of the long out-of-print “Shockumentary,” an in-depth look at the creation of The Great Milenko and the Juggalo subculture (the name of ICP’s fiercely devoted fans) circa 1997.

Today The Great Milenko is not only fondly recalled as an unforgettable rap album from the late ’90s but also for its place in history as a polarizing piece of banned art. On the day of its release in the summer of 1997, Disney-owned Hollywood Records pulled the album from stores due to its controversial nature. The album was subsequently re-released by Island Records a few months later and quickly went Platinum.

The Great Milenko (20th Anniversary Edition) is a must for Juggalos and rap aficionados alike. Insane Clown Posse is also planning a large tour in support of this special commemorative edition of hip-hop history.

INSANE CLOWN POSSE: UNDER THE TENT

When Insane Clown Posse emerged from the darkness surrounding Detroit’s underground music scene in the early 1990s, the world had yet to imagine the impact that the face painted duo’s hardcore, hip-hop style would bear on mainstream music.

Over the course of several Gold and Platinum albums, Violent J and Shaggy 2 Dope have shared their Dark Carnival mythology with the world, through their lyrics which range from the philosophic to the humorous and through their over-the-top live performances (the Clowns’ most infamous concert tradition: Dousing the crowd with hundreds of gallons of Faygo soda).   The duo’s millions of fans — known as ‘Juggalos’ — have become one of the most studied and talked-about musical subcultures of all time.

Many of their albums, including the Platinum-selling The Great Milenko and The Amazing Jeckel Brothers, have become true classics of the horrorcore rap genre. Additionally, Insane Clown Posse’s annual Gathering of the Juggalos has grown to become one of North America’s most eclectic and celebrated summer music festivals. Their most recent two-part album The Marvelous Missing Link opened at No. 2 on the Billboard Top 10 Rap Chart and member Shaggy 2 Dope’s solo album F.T.F.O.M.F. opened at the coveted No. 1 spot on the Billboard Independent Charts.

Last year, The New York Times declared the Gathering of the Juggalos as one of the last truly authentic music festivals in America.