Xlibris Publishing is releasing Michael Hill’s historical fiction novel, “Militia”, which is available on its website and in bookstores just in time for the Independence Day holiday.

Hill has researched family genealogy for many years and has uncovered a pattern of traits that permeated to the descendants of the fighting men from the Massachusetts region during the Revolutionary War. He has recorded the story which surfaced of militiamen from several regions that joined together to defend one another and banded together into one continental army. The fictional story introduces real life Patriots who demonstrated brave actions on the battlefield which took them from protecting their homes into a war across the colonies. The mental strains of war mixed with the effect on the patriots’ home lives, would have destroyed their hopes of independence, were it not for their passion to free themselves from tyranny and their family’s support at home. 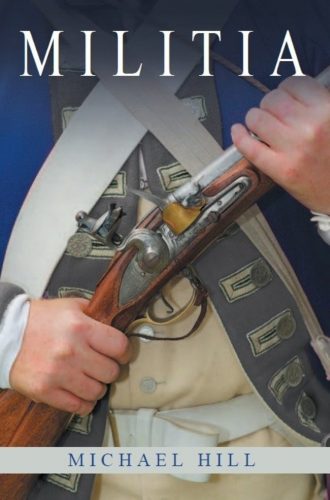 “Militia” opens with the main character, William Mitchell at home with his family and working on his apple orchard merely a few miles from Lexington which would become the birthplace of a revolution. The town is faced with British spies who arrive and begin the division between Tories and Patriots. As the town is disrupted, William and his fellow minutemen respond to the alarm at Lexington and help them defend their town from a British invasion.

The war takes each of them to Bunker Hill, Saratoga and Monmouth until it finishes at the Battle of Rhode Island. William’s military exploits are seen through the eyes of a young private who advances to the leader of a guerrilla fighting unit. He signed up as a loyal patriot defending his home and concludes his story as a representative for Massachusetts that is assigned to the ratification of the U.S. Constitution.

“It’s not my intent to write another story about the war,” said Hill, author of “Militia.” “My quest was to dive into their thoughts and understand their struggles of social, religious, and economic upheaval that the men and women sacrificed for the freedoms we now enjoy.”

Hill, a New Hampshire native, has written several articles and stories, with “Militia” as his fictional novel from this era. This story grew out of his extensive genealogical and historical research that has intersected in Marlborough, Massachusetts. He is a direct descendant to Benjamin Sawin, Cyprian Howe, Edmund Phinney and other main story characters.