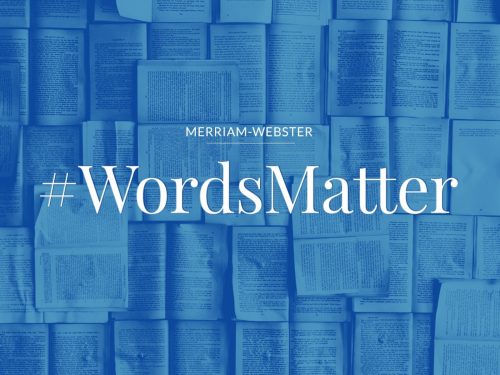 Fresh from the headlines is the political sense of dog whistle, “an expression or statement that has a secondary meaning intended to be understood only by a particular group of people,” as well as alt-right, and a new meaning of troll, used often in regards to social media.

“Our job as lexicographers is to follow the development of language, defining the words people are likely to encounter,” explains Emily Brewster, Associate Editor at Merriam-Webster. “These new words have been added to the dictionary because they have established themselves in the English language, and are part of the current, active vocabulary of America.”

The business world has given us onboarding, “the act or process of orienting and training a new employee”; basketball fans will appreciate the new sense of bunny used to describe an easy shot (such as a layup); and showrunners entertain television viewers with award-winning series like Game of Thrones.

Technology brings the threat of ransomware, “malware that requires the victim to pay a ransom to access encrypted files,” and the Internet of Things, “the networking capability that allows information to be sent to and received from objects and devices (such as fixtures and kitchen appliances) using the Internet.”

Other notable words are linguistically playful but have plenty of real-world application: frozen yogurt’s froyo moniker is officially welcomed into the dictionary, as is word salad, a term lobbed about the political sphere to refer to “a strong of empty, incoherent, unintelligible, or nonsensical words or comments.”

See a larger selection of new words added—and their definitions—here.