MWA Presents: Classics with a new e-book edition of A Hot and Sultry Night for Crime

Mystery Writers of America is proud to announce the launch of its new anthology program of MWA Presents: Classics with a new e-book edition of A Hot and Sultry Night for Crime, a 2003 collection of stories written by top mystery writers and edited by Jeffery Deaver. 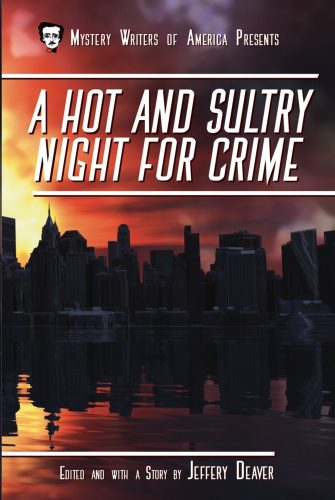 Mystery Writers of America Presents is the force behind almost 70 MWA anthologies, published more or less annually since 1946.  MWA Presents: Classics is a chance to bring some of these older, classic collections back into print for a new audience – beginning with that of our current President, Jeffery Deaver.

With classic tales and Deaver’s new general introduction, A Hot and Sultry Night for Crime is a great way to heat up late summer reading.

Mystery Writers of America is the premier organization for mystery writers, professionals allied to the crime writing field, aspiring crime writers, and all those devoted to the genre.